Objectives: To determine the expression of Ki – 67 and beta – catenin in squamous cell carcinoma and pseudoepitheliomatous hyperplasia in oral mucosal biopsies
Methods: A total 140 mucosal biopsies samples were collected from Department of Histopathology, Armed force Institute Of Pathology, Rawalpindi. 70 cases each of PEH and OSCC were taken. Immunohistochemical markers using Ki-67 and beta- catenin antibodies were applied. Poorly fixed specimen and biopsies with scanty tumor tissue were excluded. Consent was taken from each patient. Data was analyzed, with the help of SPSS Version 20.0
Results: In the study, 80 (57.1%) male and 60 (42.8%) female patients with the mean age of 51.69 ± 16.121 (mean ± SD) years. It was found that 6-25% Ki-67 expression range was found in all PEH cases which involved only basal layer of the epithelium. Whereas, out of 70 cases of OSCC, 26 – 50% Ki -67 staining was seen in 18(45%) cases of WDOSCC and 6(22%) cases of MDOSCC. While, 51 - 99 % Ki-67 staining was seen in 22(55%) cases of WDOSCC, 21(77.8%) cases of MDOSCC and 3(100%) cases of PDOSCC. On the other hand, the scoring of beta- catenin showed opposite results. Membranous beta catenin expression was found in 78 cases; with majority of them were PEH having immunoreactivity score of >4. 28 cases show membranous/cytoplasmic expression having 18 (64.3%) WDOSCC and 10 (35.7%) MDOSCC. Only 9 cases show cytoplasmic/nuclear expression with all PDOSCC having immunoreactivity score of 1-4.
Conclusions: In OSCC, the entire thickness of epithelium showed nuclear staining with Ki-67, while in PEH, only the basal layer of the epithelium showed nuclear staining. On the other hand, number of positive cases and immunoreactive score of beta-catenin decreased as the grade of OSCC increased. Hence, immunoreactivity of Ki-67 and beta-catenin play a vital role in differentiating PEH from OSCC in oral mucosal biopsies helping surgeons to arrive at a final diagnosis before planning on surgical management. 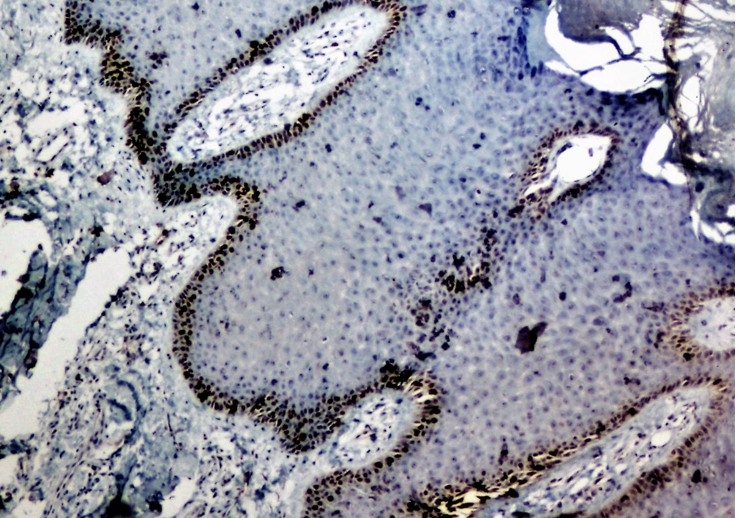 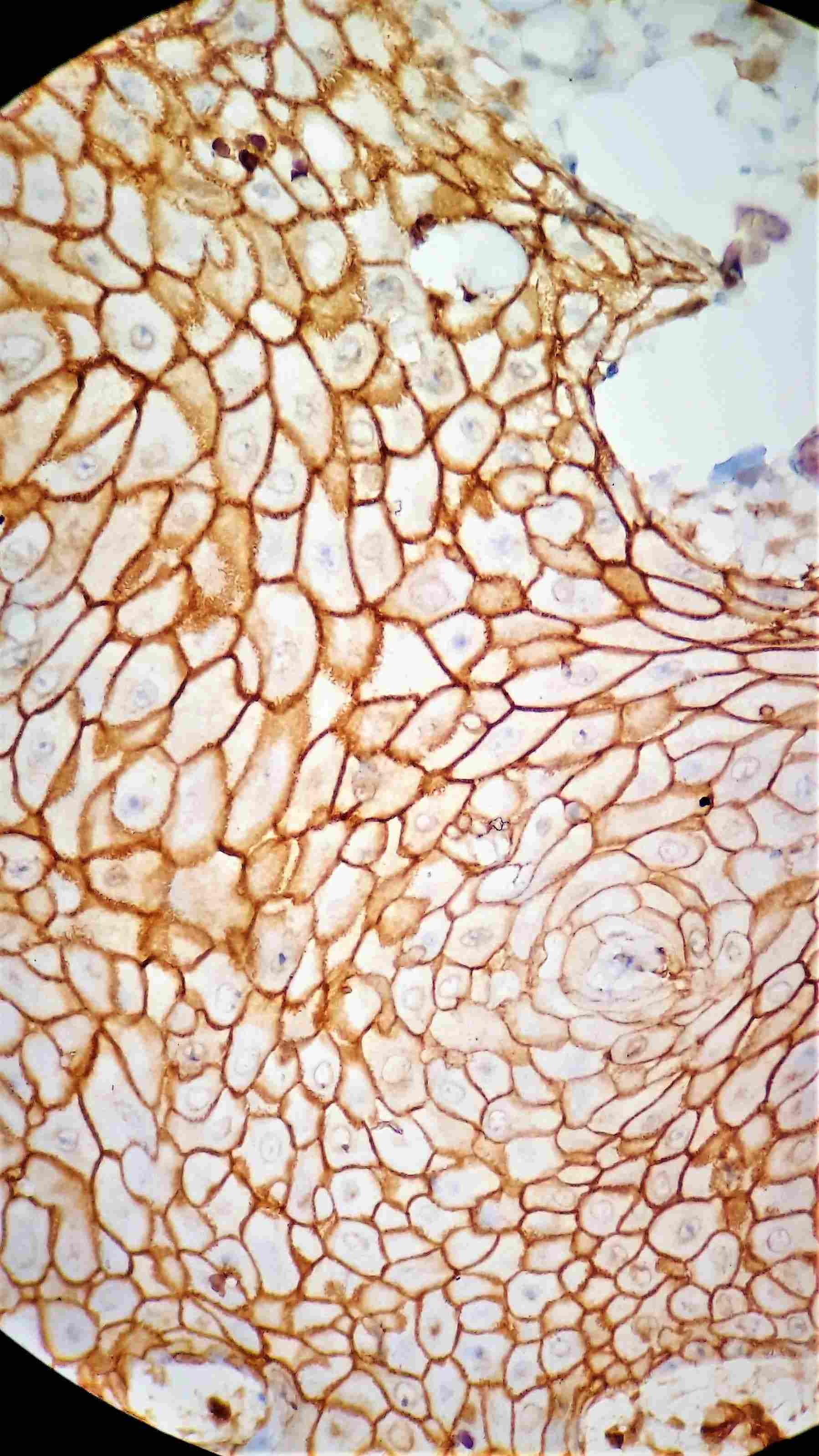 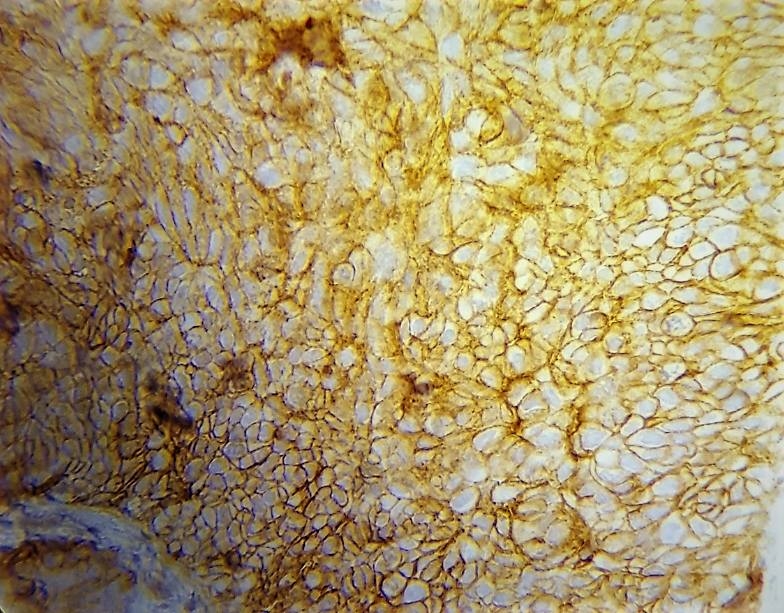